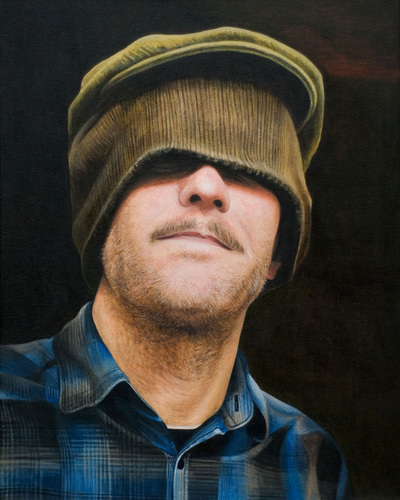 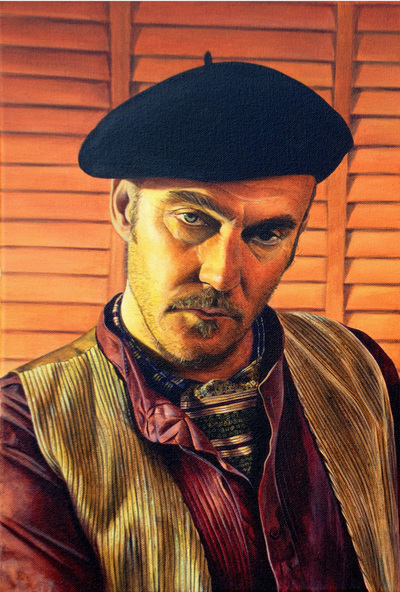 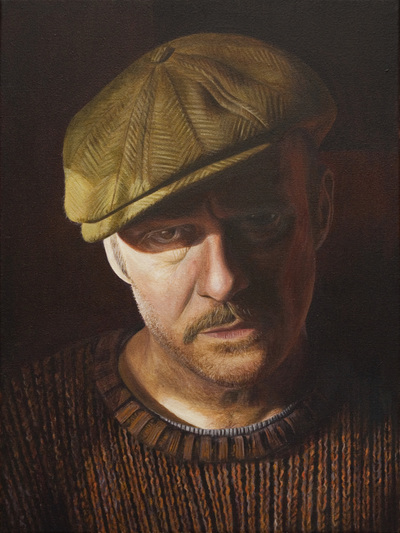 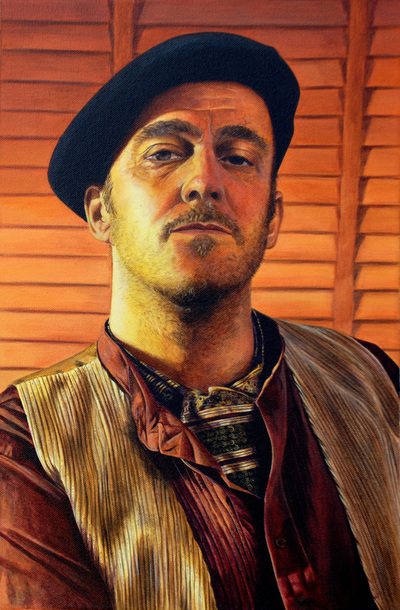 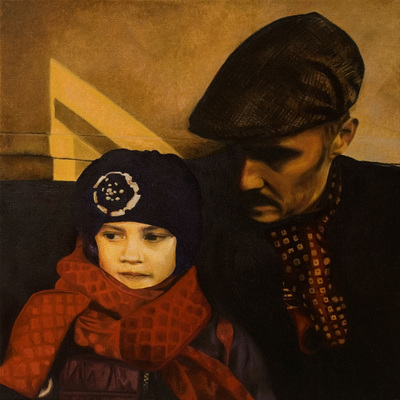 ​On the 18th July 2015 my life and my daughter's life were changed forever when our darling husband and father Mark suddenly passed away.  The pain has been immense, and still is, we miss him terribly.  Our world has been shattered.

After many months of not being able to even think about picking up a paintbrush again, I have decided to start to paint snippets of our new journey...

Boots
Jacket
Trousers
Waistcoat
Grandad t-shirt
​Flat cap
Pants
Socks
These are the clothes I chose for Mark to wear for his cremation.  He loved these clothes but he thought the boots were too old, however, he always wore them over anything else.  They have so much of his character in them.  I worked from a photograph I took at the time.

Lila-Pearl and I made a decision to paint a small amount of Mark's ashes into this painting, we did it together... 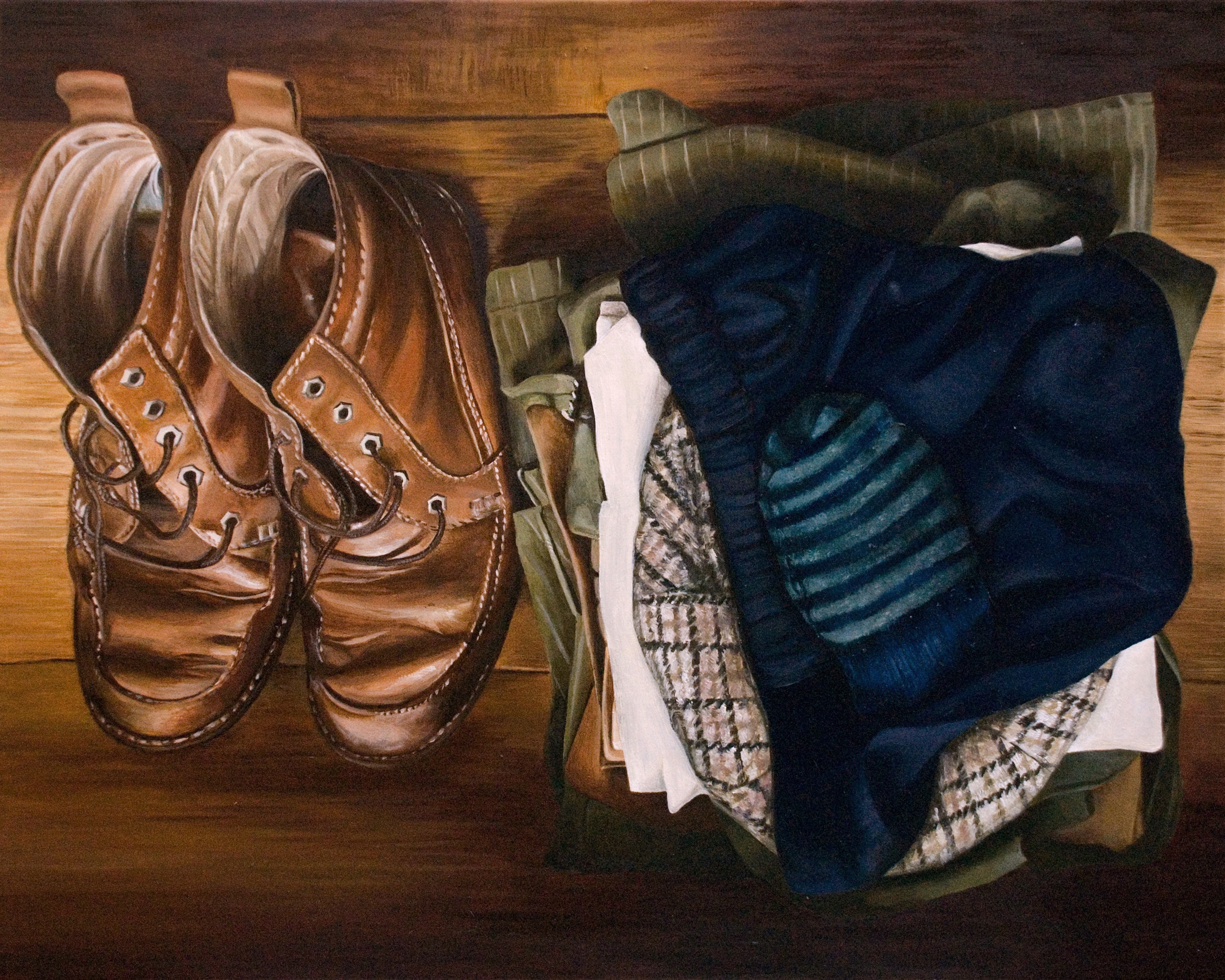 Lila-Pearl has always loved cats and Mark and I promised to get her a kitten at the end of the Summer holidays.  Mark died on the first day of the Summer holidays and I felt I had to keep to our promise. It was such a terribly painful and emotional time and I wasn't sure of the best way to go about getting a cat, having never owned one before. Lila-Pearl had gone back to school and I had just started back at work and so on top of that it all seemed very overwhelming. I was recommended Celia Hammond animal rescue trust so I contacted them. They sent someone around straight away to make sure we were suitable to adopt a cat.  By the weekend we had 10 month old Mittens, originally named Xena. Lila-Pearl knew this was the cat she wanted. We changed her name to Mittens but it seemed she still had some Xena Princess Warrior in her. She wouldn't let us near her at first and would bite and scratch. It was clear that Mittens hadn't had a great start in life. Gaining her trust was emotionally tough for all of us, but now Mittens has settled in she is a total softy and we love her very much.  I feel we have all helped each other in so many ways... 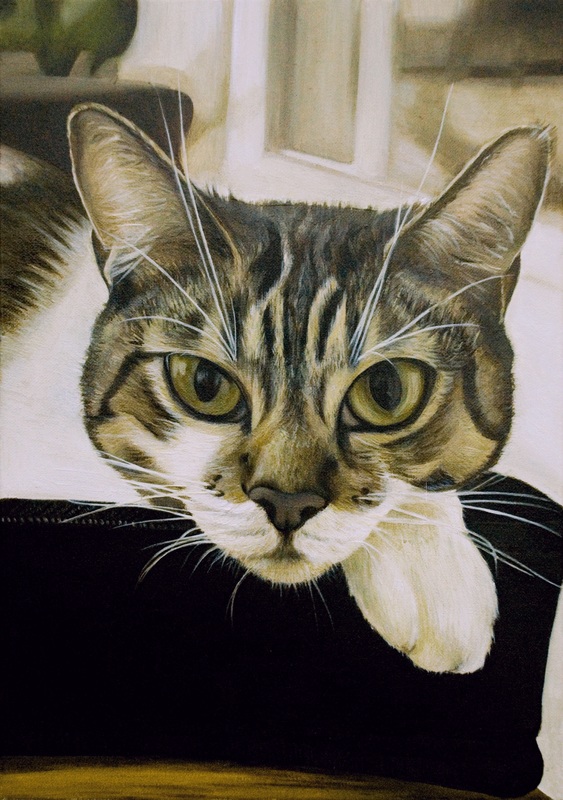 ​This is a portrait of my daughter Lila-Pearl with a painting of Mark and his ashes behind her. When Mark passed away I said I would never pick up a paint brush again as the thought of painting seemed so distant to me after such sadness. Almost six months to the day Mark passed I heard the sad news of David Bowie's death. David Bowie has been a huge influence Mark's life and as a result Lila-Pearl is now a fan too. Mark even requested Bowie songs to be played at his funeral. After hearing the news I finally felt the urge to paint again. Bowie's music will continue to live in our hearts forever along with our love for Mark. 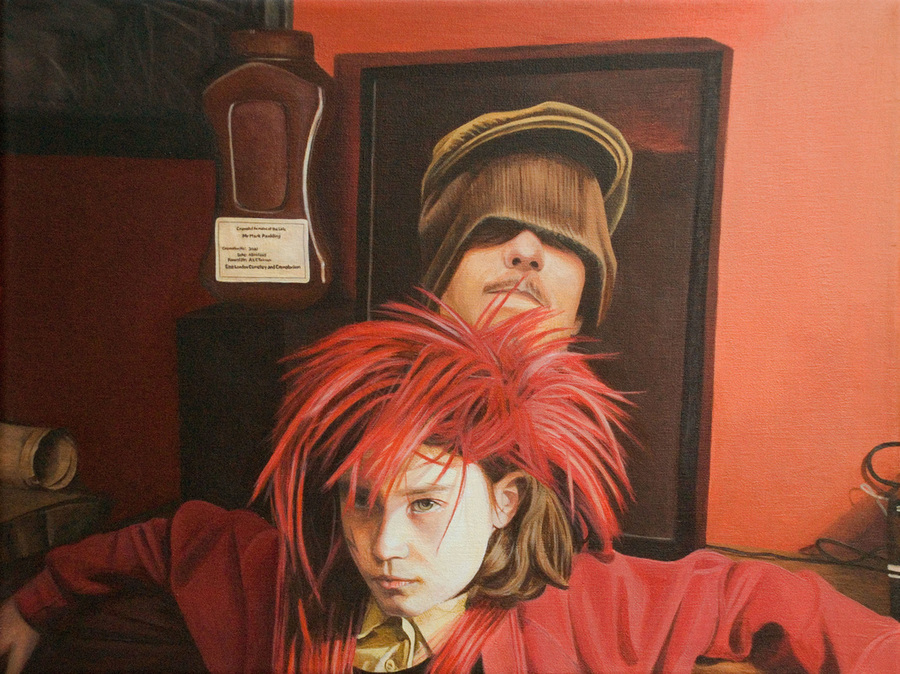 ​
​Lila-Pearl asleep... I sat at the end of Lila's bed, just watching her sleep. I was overcome with disbelief and pain. How could this have happened to such a young child? Lila-Pearl and her Daddy were inseparable, it was so unfair.  Mark had looked after Lila-Pearl every day since she was 9 months old, when I returned to work after maternity leave, right up until she went to school. He then picked her up from school every day and was never late. They loved spending the school holidays together. Mark was always there for Lila-Pearl, but then all of a sudden he was gone. As I sat at the end of the bed, watching Lila-Pearl sleeping, I made the decision that this would not ruin her life. Mark would have hated that. I will do everything I can to make sure Lila-Pearl has a happy childhood. It has been so difficult, but we are on this journey together. We talk about Daddy all the time. He will always be close to us in our hearts, and having him there will keep us strong. 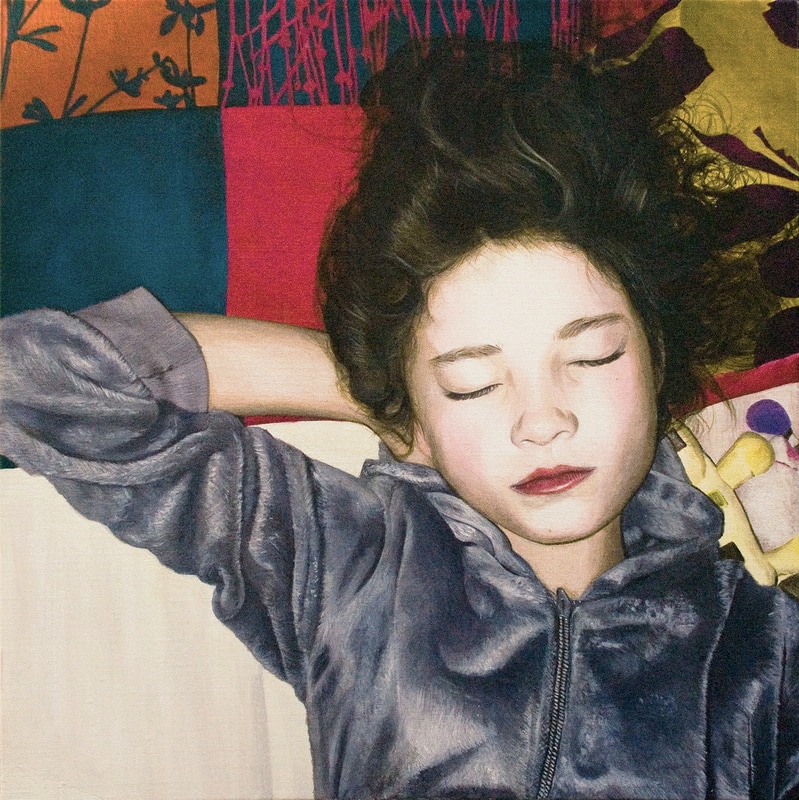